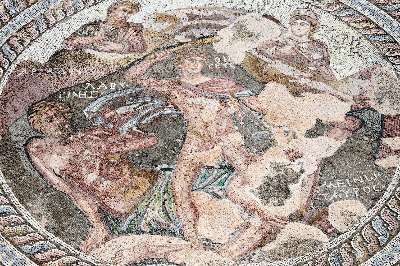 The epic heroes of ancient mythology and their encounters with savage monsters, overpowering emotions, and tragic destinies dazzle and touch us to this day. CLRC Mythology courses draw students into the fascinating world of myth through primary sources as well as modern day portrayals of these enduring themes. An understanding of how myths shape and inform cultures is fundamental to evaluating how we are molded by the various tales presented in books and movies in our own day.

"Since it is so likely that (children) will meet cruel enemies, let them at least have heard of brave knights and heroic courage." — C. S. Lewis David  has designed and taught interdisciplinary Humanities (Literature/History) and Great Books courses for middle school and high school students for the last 7 years. He is currently entering his sixth year as a Humanities instructor for the Regents School of Austin and has taught summer courses in psychology, writing, and fantasy literature to Gifted/Talented students at the University of Texas at Austin and in Duke University’s TIP program. His specialty is a form of discussion-centered instruction known as the Harkness method, in which he was trained at Phillips Exeter Academy, and he looks forward to devising new and exciting ways of using the method through the online medium.

David earned his B.A from Penn St. University in 1999 with a double major in English and German and his Ph.D. in German Language and Literature at the University of California in Santa Barbara.

David lives with his wife Misty, four cats Alix, Nicky, Graham, and Lily, and infant daughter Sylvie in Austin, Texas and enjoys reading, writing, and playing the guitar in his spare time.

Her family roots are in northern Minnesota, where her father’s crowded bookshelves, her grandfather’s 400-acre farm, and long cold winters were some of her first tutors.

She continues to pursue her love for literature, languages, theology, and theater with her husband, daughter, and son. Some of her favorite things include going for walks with her family, writing at coffee shops with her husband, hiking in the mountains, studying Old English with friends, baking biscuits and scones, exploring used bookstores, and advocating for the Oxford comma. 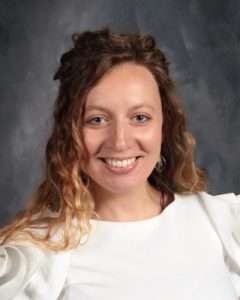 Clare Sharp received her B.A. in Liberal Arts from Wyoming Catholic College, a small Great Books-based college in the middle of the beautiful Wind River mountains.  This education gave her not only a love for classical learning, but also a love for experiential learning – learning through experience and immersion in the beauty of nature. She taught for four years at Great Hearts Academies in San Antonio, Texas, teaching 2nd grade, kindergarten, and 6th grade both as an Assistant Teacher and as a Lead Teacher.  When she is not teaching or learning, she loves spending time with her husband and baby daughter, wrestling with her dogs, playing piano and guitar, reading a good book, and baking yummy food. Rachel Shunk received her B.A. in Liberal Arts from Thomas Aquinas College and her M.A. in English from the University of Dallas in 2008 after being homeschooled from the 4th grade through high school and attending Cosumnes River Community College, where she graduated with Highest Honors. She is currently completing her Ph.D. in Literature and is writing her dissertation on medieval poetry, specifically on Chaucer’s use of Ovidean and other myths to probe the mysteries of the resurrection. She has taught in various capacities for almost fifteen years, most recently teaching online for homeschool families in Canada and teaching Latin online for the Dallas College summer program.  Her favorite academic forays have included participating in the Royal Academy of Dramatic Art’s Summer Shakespeare for the Stage program in London (for which she received a bronze certificate for sonnet performance) and five months research as a Scholar-in-Residence at C.S. Lewis residence the Kilns in Oxford. She splits her time between Virginia, where many members of her large family reside, and Dallas, Texas, where she lives with her dog, Leela.
X