About the CLRC
Christian Studies Classes

In addition to our live classes listed on the left, you will find a variety of Christian educational resources posted  HERE.

Mother Melania (Salem) is the Abbess of the Holy Assumption Orthodox Monastery (OCA) in Calistoga, Ca. She holds the Ph.D. in Theology from the University of Durham, England. She has been a monastic since 1999. She is the author of the series of children’s books entitled Fearless the Fire Duck and His Friends, as well as a continuing series of booklets on the meaning of the Great Feasts of the Church and Stories from the Old Testament.
FR. DAVID MORRISON, M.DIV.

Fr. David Morrison is parish priest at St Anthony Orthodox Church in Bozeman, MT. He received his Master of Divinity degree at St.Tikhon’s Orthodox Theological Seminary. He holds a B.A. in History from Trinity University, San Antonio. He spent his first year of marriage teaching high school in Guatemala, is a professional musician, and likes good Tex-Mex food. He and his wife have 3 children, and are grateful to live and hike in beautiful Montana.

The Rev. Fr. Michael Shanbour is a lifelong Orthodox Christian and pastor of Three Hierarchs Orthodox Mission in Wenatchee, Washington.  He received his M. Div. at St Vladimir’s Orthodox Theological Seminary in 1989.  He has been active in youth, camp, music, outreach/evangelism and Christian education ministries.  Father Michael was ordained to the holy priesthood in 2001 and pastored mission parishes in Topeka, Kansas, and Spokane Washington before being assigned to Three Hierarchs. He is the author of Know the Faith: A Handbook for Orthodox Christians and Inquirers (Ancient Faith), as well as The Good Samaritan: A Children’s Catechism (Three Hierarchs Publishing). He is blessed to live in Wenatchee with his wife, Makrina, and son, Simeon.

Fr. Moses lives with his wife and three children in Billings, MT. His personal interests include homeschooling his children, reading, woodworking, green tea, and any chance to get out and see the grandeur of God’s created earth. 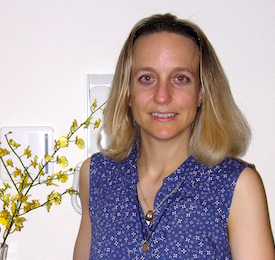 Patricia Slatin received her Ph.D. in Classics from the University of California at Berkeley in 2005, with a focus on ancient philosophy, particularly Platonic metaphysics and theology. Thereafter she served as visiting assistant professor at Georgetown University (2007-2009) and postdoctoral teaching fellow at Stanford (2009-2013); recently she taught history and Greek at St. John’s Orthodox Academy in San Francisco and Biblical Greek at the San Francisco Theological Seminary. Beyond teaching, Patricia enjoys directing a church school program, singing with her parish choir, taking care of a cat, and hiking the hills of northern California.
WES CALLIHAN, B.A.

Wes Callihan grew up on a farm in Idaho and graduated in History from the University of Idaho in 1983. He has taught for thirty-five years–at two private schools, a college which he helped found, the University of Idaho, and his own online classes for the past twenty years. His online Great Books lectures have been filmed and produced by Roman Roads Media as a video curriculum for homeschoolers called Old Western Culture. He speaks frequently at Classical education conferences for home educators and private schools, and has taught summer intensive Latin and other summer courses. He has written columns and short fiction for journals and contributed to books on classical Education and home schooling. He runs a live residence programs at Hill Abbey (summer courses on the Early Church Fathers and a year-long “gap year” program), geared toward high school graduates.

Wes and his wife Dani have six children, most of them married, and thirteen grandchildren. Wes and Dani live in an old farmhouse in northern Idaho near Wes’s parents and most of the kids and grandkids, where six generations of the family have lived on the same family farm. They use the cold winters as an excuse to read, and the hot summers as another excuse to read. Wes also likes hiking and hunting, barbecuing, listening to the blues, gardening, movies, and travel (he has organized many tours for his students and their families to Greece and Turkey). But like the Venerable Bede he loves teaching, reading, and writing best of all.