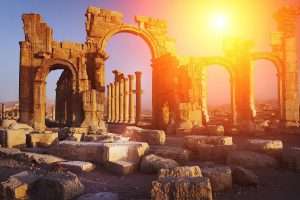 Intro to Greek: It Is All Greek! (Summer)

"It's all Greek to me!" - This phrase usually describes complicated and difficult to understand situations. But did you know that, as an English speaker, you actually already know quite a bit of Ancient Greek?

In this summer course, we are going to shed some light on the Ancient Greek heritage which permeates the English language, the fine arts and our aesthetic standards, as well as the sciences and our intellectual thinking as such. We are going to look at the letters of the Greek alphabet, syllables and roots, names, ideas and stories that have travelled all the way from ancient Greece to the 21st century. Who knows? In the end, we might find that it is in fact "all Greek"!

All class materials provided by the Instructor. 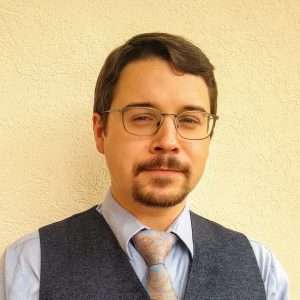 Michael Kopf received his MA in Ancient Philology in 2015 from the Polis Institute in Jerusalem after completing undergraduate studies in Classics at the Ludwig Maximilian University of Munich and at the University of Vienna. He has working knowledge of 9 languages, and has been teaching Classical Greek and Latin for the last 5 years. He has taught classical languages to middle- and high-school students and graduate students, both through immersion and in more conventional settings, in Rome, Vienna and Jerusalem, and has also taught teacher training courses in Rome and Jerusalem.

He enjoys rediscovering the ancient world and its reception, especially the history of classical education, grammar and linguistics. He recently settled in rural Austria with his wife and is eager to continue sharing his enthusiasm for antiquity and language learning through online teaching. In this way, he hopes to contribute towards making classical studies more accessible.