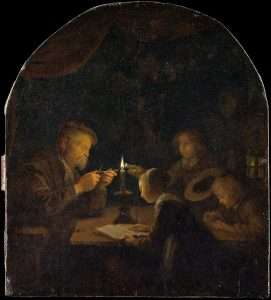 (Click on these links for more information on our traditional Greek and Latin classes.)

Why study Classical Greek and Latin through the Immersive (or "Natural") method?

We all know that ideally, the fastest way to learn a modern language is to travel to a country that speaks the language you would like to learn, and immerse yourself in that language and culture. The advantage of this approach is that students are constantly surrounded by input in the new language. They are required to actively formulate questions and process ideas in the new language--in addition to their passive reading and listening. This enables them to make much more rapid progress in language acquisition.

In CLRC’s immersive Greek and Latin classes, students learn grammar and vocabulary intuitively through extended contextual reading.  Students encounter Latin and Greek as natural languages and develop basic skills in reading, writing, comprehending and speaking. This "active" approach to language learning empowers many students to attain a deeper level of mastery much quicker than with traditional approaches.  Through constant exposure to extended passages of well-written Greek or Latin, students learn to read their target language without the need of translation.  The active practice of  both speaking and writing in Latin or Greek helps students to progress rapidly in fluency and comprehension. 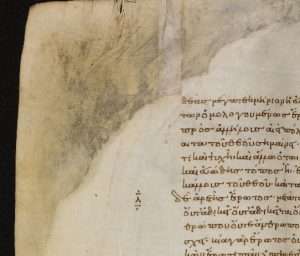 What is the downside to the Immersive (or "Natural") method of learning Classical Languages?

The downside is that there are very few "native speakers" of Classical Greek and Latin.  Although the active language movement is growing in Classical Greek and Latin, it can still be difficult to find a truly masterful teacher – one who can both speak and read fluently, is able to inspire and motivate beginners, and can shift teaching strategies quickly depending upon the strengths and weaknesses of the class.  This method of instruction depends heavily upon the instructor. 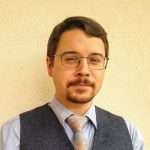 years, but delayed since we had not found an outstanding teacher. Enter, Michael Kopf!

Michael Kopf received his M.A. in Ancient Philology in 2015 from the Polis Institute in Jerusalem, after completing undergraduate studies in Classics at the Ludwig Maximilian University of Munich and at the University of Vienna. He has working knowledge of 9 languages, and has been teaching Classical Greek and Latin for the last 5 years. He has taught classical languages to middle- and high-school students and graduate students, both through immersion and in more conventional settings, in Rome, Vienna and Jerusalem, and has also taught teacher training courses in Rome and Jerusalem.

Along with extended contextual reading and emphasis on writing and speaking, Mr. Kopf employs an array of engaging instructional activities: working in pairs or groups, grammar drills, online tools (such as Quizizz), and a variety of creative assignments. While classes will typically be conducted almost entirely in Latin or Greek, some short sections of materials and particular linguistic phenomena will be discussed in English.

"Mr. Kopf is a master of Greek, and Latin. He speaks both fluently, with Greek as the crown jewel. He is not at but in fact he is the cutting edge of spoken-Greek instruction. He is one of the most organized and dedicated teachers I’ve ever met. I am privileged to have been his student myself. He loves his students and gives them the best teaching there is." – Charles Carman, M.A.

"The remarkable thing about Mr. Kopf is that he is able to take his vast understanding of classical languages and express it in a way that is compelling, fascinating, inspiring, and motivating for middle and high school students.  He is one of the best teachers I have seen in my 40+ years of teaching."
– Anne Van Fossen, M.A.