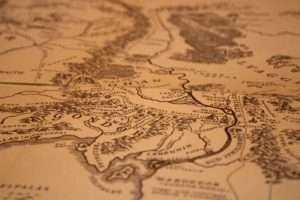 Beloved throughout the world as an unsurpassed triumph of the literary imagination, J.R.R. Tolkien's The Silmarillion, and its complementary trilogy, The Lord of the Rings, literally evoke an entire world of their own from the languages and lore found within a single author's mind. These foundational texts of the high fantasy genre constitute nothing less than a multi-volume cycle of some of the greatest tales ever told. Tolkien's oeuvre, of which The Silmarillion and The Lord of the Rings represent the apex of his imaginal art, unquestionably stands in a class by itself. And now we are offering high school students a class by itself dedicated to a close reading, and study - and sheer enjoyment - of the power, imagination, and wisdom of these classics.

"The Quest for Middle Earth" is a year-long course, divided into two semesters, in which students will explore the literary, historical, mythological, poetic, and philosophical terrain, all of which was the creation of one amazing man: the writer, poet, philologist, and Oxford scholar, John Ronald Reuel Tolkien.

Throughout their year-long journey, students will explore various aspects of the stories, poems, symbolism and lore of The Silmarillion, which presents the reader with the basic mythological background for the fictional world of Middle Earth, as well as the three-volume epic, The Lord of The Rings, consisting of three distinct novels: The Fellowship of the Ring, The Two Towers, and The Return of the King.

Registered students will be asked to write occasional reflections, essays, and even compose stories of their own, which engage the themes of Tolkien's masterpieces. The class will include lively discussions, trivia games based on Middle Earth facts and legends, and intriguing (sometimes humorous) quizzes on the readings. All together, it will be a thrilling quest to the heart of the meaning and magic of Tolkien's greatest creation!

"Thank you for teaching my children Greek! They are learning more this year than in the past 3 years put together. I am amazed how much they are learning. They seem to be doing well, even though I can be of no help to them other than encouraging them to keep up with their homework, and flashcards. Thanks so much for teaching them!"
- Connie K., Washington

Amazon links for textbooks and materials are provided for the convenience of our parents and students. The CLRC is an Amazon Associate. 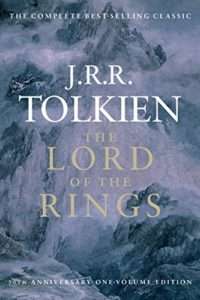 The Lord of the Rings
(entire Trilogy in one volume) 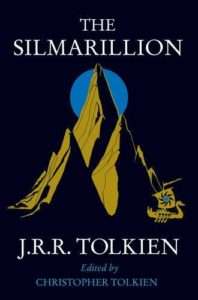 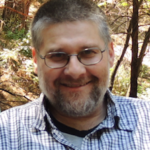