We'll read from the Minimus MiniBook series written by Barbara Bell, the author of Minimus and Minimus Secundus, the wonderful program we use in our Upper Elementary Latin courses. Stories feature our favorite mouse Minimus and his friends at Vindolanda, a Roman fort near Hadrian's Wall in Britain. These stories, with their expressive illustrations, are fun and creative, while at the same time are based on historical events and archaeological discoveries at Vindolanda.

Who should take this course?

Who is welcome? Everyone!

What will we do in class?

No books or materials needed!

All class materials provided by the Instructor. 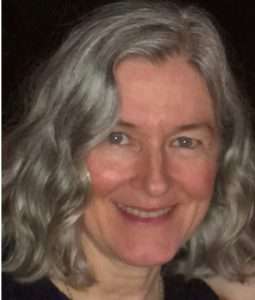 Anne McCauley Padula received an M.A. in English from the University of Dallas and studied both Greek and Latin as an undergraduate and graduate student.  Anne taught writing, literature, and math at community colleges in Dallas as a graduate student, and later worked as a writer for the University of Texas Medical Branch. A full-time lecturer at Texas A&M University at Galveston for three years, Anne taught Technical Writing, Freshman Composition, Homer and the Trojan War, Environmental Ethics, and Logic. For the past 14 years, she has been a home school teacher for small groups and for her own three children and has especially enjoyed teaching elementary Greek and Latin. Very involved in music education, Anne served as director of operations for a youth strings program in Santa Barbara and has guided her own children who now have a Celtic band and classical string trio. Anne loves hiking and exploring the outdoors with her three children.