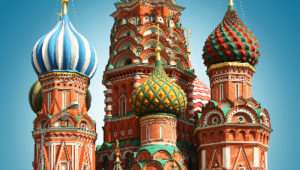 Russian at the CLRC

Russian culture and history are endlessly fascinating and intriguing. Tchaikovsky and Rachmaninov, Dostoevsky and Tolstoy; all have their place in our common culture. Yet, as a place where East meets West, Russia has always been intriguingly different.

Sue Ellen Turscak studied Russian and Ukrainian from an early age. She concentrated in Russian History and Literature at Harvard, and worked as an oral history interviewer for the Ukrainian Famine Commission, interviewing those who lived through the Stalin era in the Soviet Union. She received a National Endowment for the Humanities Fellowship in Russian Pedagogy and is a life member of ACTR, the American Council of Teachers of Russian. She has taught four levels of high school Russian at independent college preparatory schools in Ohio and Virginia, and led student exchange programs to St. Petersburg.

Mrs. Turscak homeschooled her two children through high school. Her son works as a data scientist for a major consulting firm, and her daughter is a software developer for Microsoft. Sue Ellen resides with her husband and one very grumpy cat in Northeast Ohio, and attends St. Elia the Prophet Orthodox Church. She enjoys international travel, Slavic music, literature, cooking, and folklore, and has an embarrassingly large collection of matryoshka dolls. 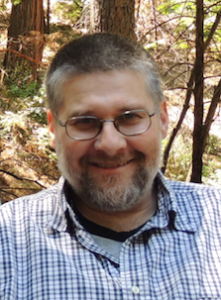 Seraphim Winslow was dean of students and principal of a classical K-12 academy in San Francisco for over a decade. He has traveled, studied, taught, and lived in more than a dozen northern and eastern European countries, including Russia, Poland, Hungary, and Estonia. He has been teaching English, Russian and other Modern Languages, the Humanities, and Western and World Civilizations and Cultures to students of all ages for more than 30 years.

Seraphim graduated with a B.A. with highest honors from the University of California, Berkeley, in the Department of Slavic Languages and Literature. He also holds Associate of Arts degrees in Philosophy, the Humanities, and General Studies, as well as a diploma in Modern Standard Arabic from the Defense Language Institute. He is currently pursuing a Master of Arts Degree in Philosophy at San Francisco State University.

Seraphim enjoys the thrill of getting lost in cavernous university libraries and old European bookstores. He also enjoys riding his recumbent tricycle through the pine-laden Sierra foothills, where he lives with his iconographer wife, Lena; his 17-year-old son, Theodore; and their cat, Skipper.

Anna Shkireva is from Nizhny Novgorod, Russia. She got her MA degree in International Relations with at the State University of Nizhny Novgorod and completed her second MA degree in TESOL at the University of New Mexico. Now, Anna is working toward her PhD in Language, Literacy and Sociocultural Studies. Her main interests are second language acquisition, instructional communication and classroom applications that support the development of students’ interest and persistence. Anna is passionate about teaching and learning foreign languages, sharing Russian culture with students, hiking, snowboarding, running and kayaking. Her next personal goal is to climb Mt. Kilimanjaro.