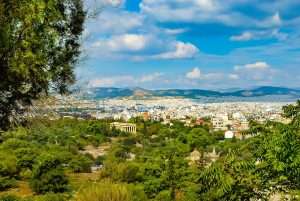 CLRC’s Upper Elementary Greek II program is designed for children preparing to leave elementary school and enter middle school. The UE Greek II program is designed to serve two types of students: younger students who have completed UE Greek I but are not quite old enough for Middle School Greek, and older students who have not had UE Greek I but would like to ease into Greek before beginning the Middle School program.

Students 11 years of age and older may register for UE Greek II without any prior knowledge of Greek. Students 10 years of age and younger should begin with UE Greek I. The course begins by teaching the same material as UE Greek I, but at a quicker pace, and then goes on to cover additional material not covered in the previous course. In addition to what is covered in Upper Elementary Greek I, students in Greek II will learn adjectives, and the imperative and infinitive forms of verbs. They will begin to explore some more complex aspects of grammar, such as special uses for cases, as well as increasing their Greek vocabulary.

We aim to keep the classes light-hearted, with songs and games, as well as more traditional work such as paradigm practice and charts. There will also be some conversational Greek practice in addition to written translation. Although our primary focus will be the Greek language, students will have some exposure to Greek mythology, history, and geography during the course as well. 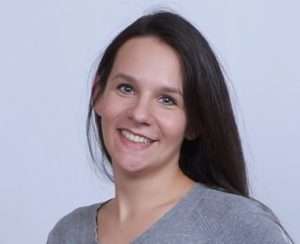 Anne Van Fossen (for full bio, click here) has developed the Classical Language Program at the CLRC, and oversees all Classical Language instruction. Her detailed lessons and assignments lead students through the highly acclaimed Athenaze Introduction to Ancient Greek Course with a wide variety of learning aids developed especially for the CLRC: vocabulary cards, grammar charts, weekly exercises to focus on retention of the myriad verb and noun forms, and regular work to develop English vocabulary based on Greek roots. Anne works closely with all CLRC Greek teachers and oversees all aspects of the program.

Class materials to be provided by the instructor.